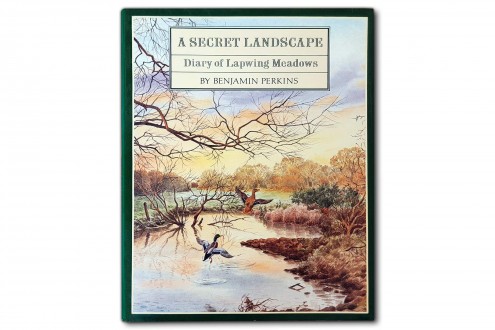 Lying hidden on the Suffolk-Essex border are Lapwing Meadows, an enclave of unspoilt meadowland among corn fields: and, like Gilbert White's parish of Selborne, they harbour an astonishing abundance and variety of wild life.

As yet untouched by 'improved' farming methods, the land on this small patch is a natural reserve. There is an ancient bridleway, marshy ground, the Blackthorn thickets where Badgers have their sett, fox earths, and numerous species of birds, wild flowers, plants and grasses - a complete, self-sustaining habitat once common all over the country, but which is now rapidly becoming extinct under the pressures of intensive farming.

A painter and a farmer, Benjamin Perkins has known and loved Lapwing Meadows for many years. Here he introduces the reader to its secrets in a series of exquisite flower and landscape paintings accompanied by interlinking text. As the seasons unfold, the reader is drawn into the ancient rhythms of the natural world, where the shifts in colour and light are matched by the changes in plant and animal activity each an example of the delicate and mutually harmonious cooperation of nature and wild life when left to flourish alone. The story is not without drama - the cycles have their cruelties as well as their compensations - for such unspoilt areas are now a rarity, but as Benjamin Perkins reflects in his beautiful and minutely observed work, there is an unmatched richness and delight in the life of Lapwing Meadows. Knowledgeable, skilled and passionately committed, Benjamin Perkins has created in A Secret Landscape a book which is both a celebration of, and an elegy to, a rapidly vanishing older England.

Benjamin Perkins was born in 1932 in Istanbul, TUrkey. Educated at Sherborne, he read History at Trinity College, Oxford. He later joined the Royal Agricultural College, Cirencester, where he studied rural estate management. He became a Lieutenant, Queen's Bays, in 1952 and was in the Warwickshire Yeomanry for the next five years. For a while, he was a farm manager in Leicestershire and eventually went on to manage Dynes Hall estate in Essex until the sale of the estate.

Benjamin Perkins' chief interest has always been natural history but botany in particular. Since 1978, he has been painting full time, mostly commissioned work of botanical and other natural history subjects, but also landscapes and bird paintings. He has had several exhibitions and in November 1983, Benjamin Perkins was awarded a Gold Medal by the Royal Horticultural Society. A Secret Landscape is his second book. 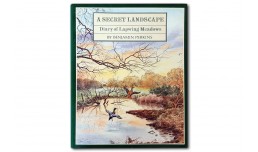 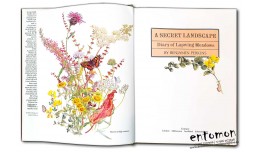