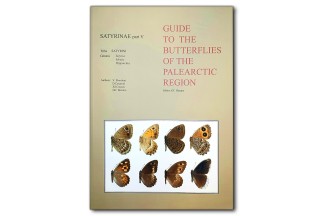 Foreword by the authors

This volume deals with three genera of Satyrini, Satyrus, Minois and Hipparchia, widely distributed in the Palearctic region, quite popular and the object of much attention among lepidopterologists. However, despite the very rich dedicated literature, these butterflies, and in particular Hipparchia and Satyrus, maintain large areas of taxonomic ambiguity. Distinguished scientists used the term “bad species” to characterize species of the genus Hipparchia as taxonomic units that do not conform to criteria used to delimit species.

It is probably fortuitous, yet still singular, that the names of these genera represent two ambiguous or controversial figures in Greek mythology and history. Satyrus depicted as a bearded human being with ears, horns, tail and goat legs or equine, and Hipparchia, a cynic philosopher who adopted male clothes and lived in the porticoes of Athens making public sex with her husband, shocking Athenian society!

To a broad critical look, these butterflies seem to show an excess of taxonomic over-splitting. The analysis of DNA barcode sequences, based on the mitochondrial gene COI, that in other lepidopterans provided valuable taxonomic suggestions, has not shown particular utility in these two genera and in Minois as well. In many cases, the genetic distances between taxa were extremely low, likely because they reflect recent events of evolutionary divergence among populations and taxa. On the other hand, DNA sequences including slow evolving genes, as well as other gene makers based on nuclear loci as allozyme polymorphisms, provided valuable hints to account for the phylogeny of these butterflies on the broader scale.

We made an effort to gather the available evidence to outline a taxonomic revision in line with a biological species concept. Based on previous work, we have already tested the strength of the multidimensional approach; therefore, also for this issue, we integrated all accessible data on genetics and genitalia morphology, many of which were still unpublished. Most of this material comes from early studies by Donatella Cesaroni, Valerio Sbordoni and other collaborators at the University of Rome “Tor Vergata”. The editor and co-author of this volume Gian Cristoforo Bozano endeavoured to illustrate a few more specimens than usual in this series to roughly accounting for intra-species variation. This also applies to genitalia resulting from the skill and experience by John G. Coutsis.

When suggested by genetic analysis, we have considered changes in the taxonomic status, often in the direction of lumping two or more taxa in a single species. In the lack of such guidelines, and waiting for a further investigation, we have maintained some taxa split as currently in use.

We wish to acknowledge the early work by Marco Lucarelli from University of Rome Tor Vergata who put his skill and expertise in preparing and measuring a considerable amount of genitalia of Hipparchia as a basis to understand variation at the population and species level. We are also indebted to Julien Leveneu, Tania Deodati, Niklas Wahlberg and Otakar Kudrna who interacted with the senior author in the first phase of a joint project on the molecular phylogeny of Hipparchia.

We are specially indebted to Wolfgang Eckweiler (Frankfurt) for his advice on many difficult taxonomic problems and for allowing us full access to his outstanding collection of Palearctic Satyrinae and to Gerardo Lamas (Lima) who has once more made available his comprehensive taxa and bibliographic references lists. 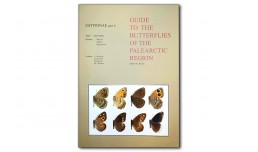 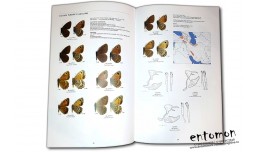