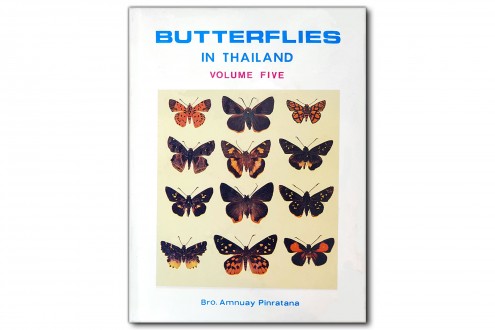 I am, indeed happy, to see that this volume on Hesperiidae is now in your hands. This is a book that has been years in preparation, and let me, at the outset, state that had it not been for the kindly and timely intervention of Lt. Col. J.N. Eliot it could not have been published even at this late date.

Col. Eliot made a visit to Thailand in 1979 and stayed with us at St. Gabriel’s for two weeks. Pleasant and, entomologically, instructive as it was, this visit also enabled us to identify and classify all the specimens of butterflies in our collection at St. Gabriel’s. Needless to say, for Col. Eliot this involved sitting down in our small lab dissecting numerous specimens and laboriously examining every insect in our collection. He could have spent this time on a vacation, but instead he chose to spent it with us to help us identify our butterflies ! The majority of specimens shown in this book comes from those butterflies identified at that time.

Since 1979 I kept fairly constant contact with Col. Eliot and I visited him twice at Taunton, England. All along he was most generous in helping me identify the butterflies we continued to collect, even though in order to better ascertain their true identity he had to spend valuable time in dissecting many of the specimens. My visits to Taunton were also useful in that I was able to photograph with his help several Malayan and Hong Kong specimens of Hesperiidae, which occur in Thailand and of which Thai specimens were not available.1

In 1983 I asked Col. Eliot, with some trepidation, whether it would not be better if he also wrote the text describing the specimens of Hesperiidae himself, instead of going through and correcting my text as he had done once on one of our publications before. He most kindly accepted the proposal. I have thanked him elsewhere for his many contributions to our study of the Butterflies in Thailand, but, may I, through this page express my deep sense of gratitude, especially for writing this book and even proof-reading. May I also thank his kind permission to reproduce in this book the venation diagrams that appeared in the book he revised and edited, ‘Butterflies of the Malay Peninsula.

Mr. Aroon Samruadkit has been as helpful as ever in collecting the specimens in the field with me and in supervising their preparation and preservation. This volume, as were the previous volumes on butterflies, is, in large measure, the fruit of his labour and I thank him for it. May I thank him here, once again, for the list of distribution of Hesperiidae species in Thailand which is being published in this volume. The compilation of this more or less complete list was greatly helped by notes kept and later generously made available to me by my friends Mr. Y. Kimura, Mr. Aoki and Mr. S. Yamaguchi. My sincere thanks to all of them. 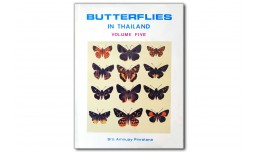 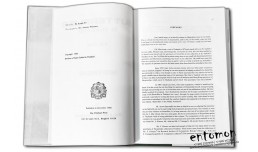